Euclid was one of the great ancient greek guys. Among the stuff he invented was the algorithm bearing his own name.

This is a common algorithm used in computing. It is used to find the greatest common denominator of two numbers (GCD). If you want to learn more about this, you should totally check the explanation at Khan academy´s post.

Orlando´s code helped me a lot. You should totally take a look. First I tried to make the code using a do while loop. It was becoming really hard, until I saw Orlando´s code using recursion. It was way easier to code it this way . 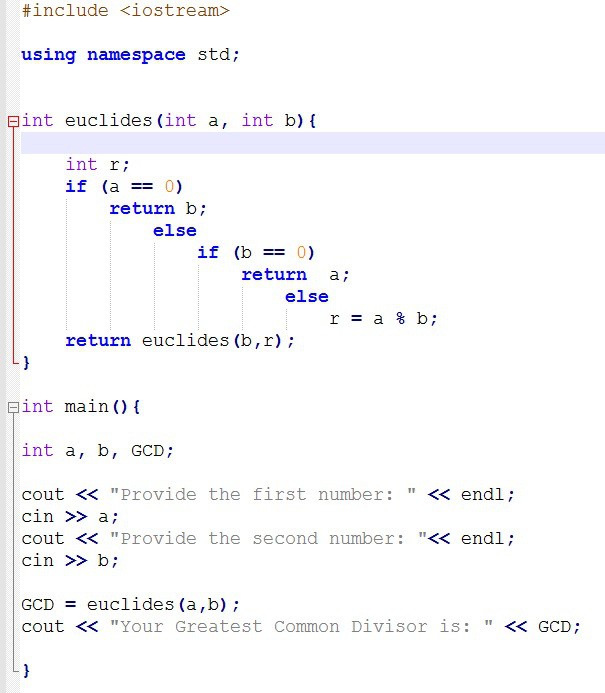 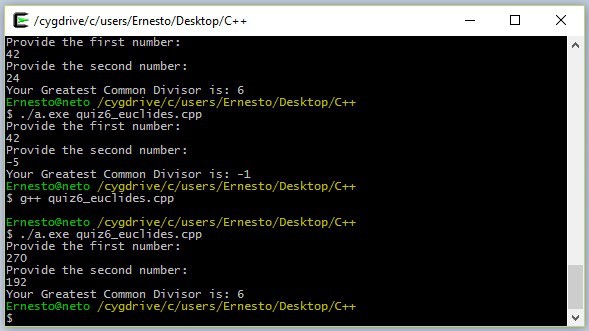 Link to my code on github.

Quiz 6. Euclid. by netosanchezb is licensed under a Creative Commons Attribution-ShareAlike 4.0 International License.