Soooo I had no idea what a GDC was, well I had forgotten what it was. Lucky for me Euclide’s formula was quite easy to understand anfd implement, so I chose to do it with arrays, just cause.

It was simple and effective, but I did struggle with a compiling error that was due to a bad implementation of some logic. (When either number is 0). I just had to rearrange some lines of code and it ran like a charm. 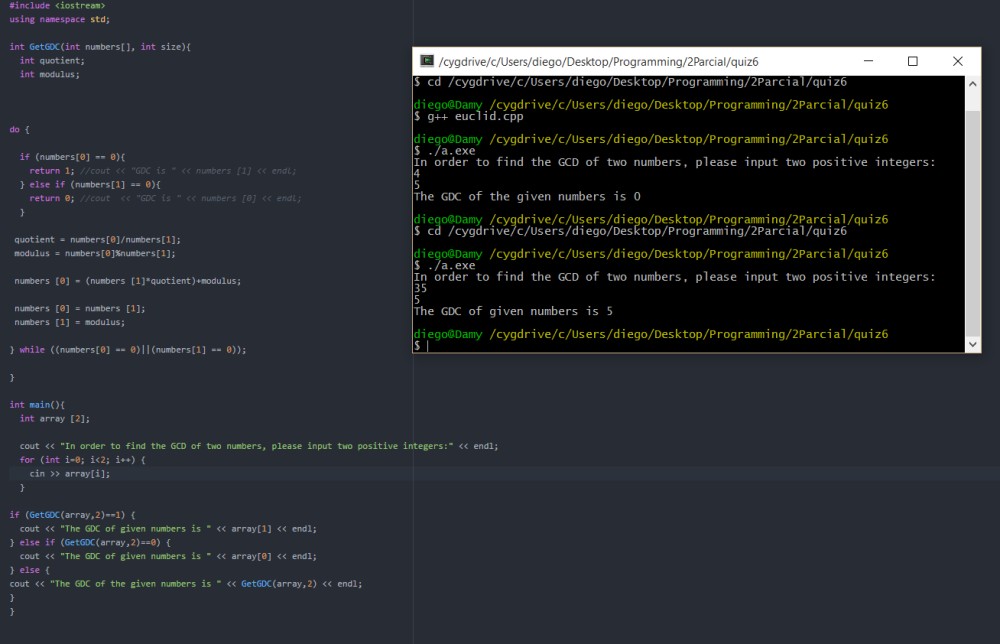 GCD: What were you? by diegodamy is licensed under a Creative Commons Attribution-ShareAlike 4.0 International License.