Well, im kind of n0t that interested in all the enterprising voodoo that happened, buth what I managed to learn from this guy is something far more relevant in the life on any person: that when you do smething you love good and awsome thing happen.

This kind of gets me down, since I have absolutely no idea about what to do with my life, have to keep trying thngs out untill I find my thing. 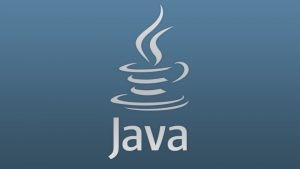 The last WSQ of this semester! :’) And to close with a flourish, we had this interview in Triangulation episode 245 to James Gosling. He is nothing more, nothing less than the creator of JAVA. How I hate that guy! Just kidding guys. In my personal view he is the inventor of the most important, the most recognized, and the most worldwide known programming language of the world.

James Gosling said that in college he spent ‘endless’ hours in the computer center’s library, and that’s the way he learned to code. The important thing here is that he mentioned the word ‘library’. This means that he needed to read a lot of books that teach him how in hell he was going to be able to code. Ken’s way of teaching is pretty much in the same path. Ken has said to us that he could give us a bunch of coding assignments for us to spent time making them, but the real knowledge of object-oriented programming is in the books, in the blog posts of other people, in the videos of ‘coding professionals’. This is how I learned to give my codes the most objected-oriented path as possible, by reading and understanding all the complex concepts of OOP (encapsulation, inheritance, polymorphism, etc).

Finally I’ll kept with Leo’s phrase “they were going out to smoke in the back, and you were going to write code”. This is my philosophy in life: at the end, everybody will receive what they deserve. James Gosling may had been a nerd or ‘teto’, but instead of following everybody else examples, he knew what his goals were, and he chased them until he reached them. Now he is famous, and he is going to be remembered as one of the best programmers in the history; while all the other bad students may not be even remembered for any good action in their lives.

Sir James Gosling or best known as the father of the Java programming language. 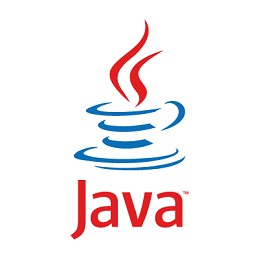 So this guy started programming at age 14 because he broke into a > data center and he kept going to that university to read and learn about the machines in that room and noone ever noticed because he figured out that if you pretend you're supposed to be there everyone else will think that indeed you're supposed to be there. When i was age 14 i didn't know what was i doing with my life but i never did something as clever as breaking into somewhere to learn stuff... this guy's crazy smart! But that's not the point here, the point is that he invented the almighty JAVA PROGRAMMING LANGUAGE.

WSQ 13 consisted in watching a video of James Gosling. He is one of the inventors of Java programing language (almost nothing hahah).

When Gosling was working at IBM  he acknowledge that everything was becoming software, everyday task were nos software, so he an his team mates decided to create Java.

Honestly i didn’t some things in this video but it was very interesting to  watch an i highly recommend it.

here is the link to the video.

James is the creator of Java programming language

He has always had a love for programming and the idea of create Java came up because He saw how difficult was to change from Hardware to Sowftware, there is no doubt He is one of the most important guys in this century, his programming language has reach an important role in programming nowadays.

In this video of Triangulation Podcast they have an special guest, which is James Gosling, one of the inventors of the programming language Java.

This happened when he was working at IBM with a group of software developers that acknowledged that everyday thing where starting to become software-based and not hardware-based, hence the creation of Java.

Said creation brought a lot of problems, like conflicts with Google and Oracle, but as we know now-a-days Java is, probably, the biggest programming language that exists and is used in EVERYTHING, from simple computer or mobile applications, to HUGE videogames like Minecraft.

This WSQ is about James Gosling, the father of Java Programming Language. You can find the interview I watched for the #tc201 course here.

At early age he started to be interested in programming when his father showed him an old computer. Noticing that the focus in technology changes from hardware to software gave him the idea to develop Java. I find it fascinating how Java started as someting so simple and then revolutionized our modern world. Almost all modern computers depend on Java. Thanks to him we have all of the Java resources to our disposal and learn about them, James Gosling rocks!

This WSQ is about James Gosling, “the father of Java programming language”. You can find the interview I watched here.

At early age he started to be interested in programming when his father showed him an old computer. Noticing that the focus in technology changes from hardware to software gave him the idea to develop Java. I find it fascinating how Java started as someting so simple and then revolutionized our modern world. Almost all modern computers depend on Java.

I also found the conflicts with Google interesting, not willing to pay a licence for using Java.

Just finished watching Triangulation 245, featuring James Gosling, the creator of Java, one of the most popular programming languages in the world, and the Java Virtual Machine. 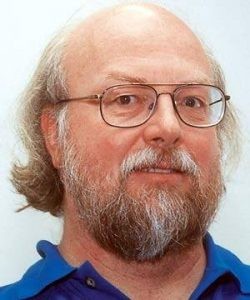 Gosling staring right into your soul

He was interested in programming at an early age. The idea of creating Java came from observing how everything was switching from hardware to software, writing code instead of inventing new machines. I also want to point out that he is Canadian. 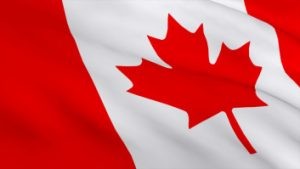