Mentioning the words hacker or ‘hacking’ oftenly comes with a negative connotation. The glorious and totally reliable urban dictionary helps us to define the verb hacking:

Hacking is the gaining of access(wanted or unwanted) to a computer and viewing, copying, or creating data(leaving a trace) without the intention of destroying data or maliciously harming the computer.

See? so hackers don’t destroy or modify information, but somersetting called crackers do. Crackers are the bad guys, hackers… well hackers can be bad guys too but not always, depends on the context. The following post will cover the definition of ethical hacking. 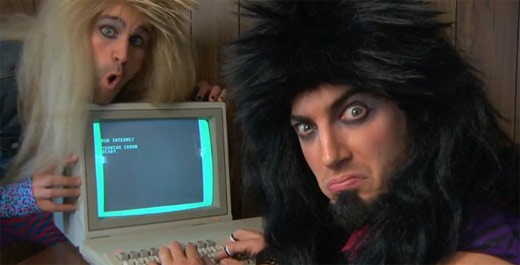 Back in the 80’s just after a member of the hacker group known as Legion Doom was arrested for running a mega hack called The Phoenix Project and just after his arrest an essay talking about the guidelines of ethical hacking was released,this made the world aware that privacy laws should be applied on the internet and computers  .This document gives the word hacking the weight of ethics it carries the following is a fragment of it.

It’s true that he was a criminal and that this is kind of creepy, but there is some true when he mentions the word ‘outsmarting’. When a system gets hacked it gets ‘outsmarted’  demonstrating that there are clear vulnerabilities on it and that it is in some way exposed to the dangers out there. This reveals a potentially research area to exploit, and gives us clear idea of what ethical hackers do.

Have you already inferred what

Ethical hackers (unlike hacktivists or  other hacks-something) intend purposely to penetrate into a system to discover security holes. An ethical hacker can use the same type of methods a hacker uses, it documents the system behavior to the attack so it can be used to reinforce the system security this is called penetration testing.

It is true to think that an ethical hacker could be or can become a hacker in disguise but you never know. What it is true is that ethical hackers are security professionals that have helped discover vulnerabilities to help defend systems.