I’ve always been interested in how things work in computing and in the world in general, so I got the chance to take a Compute Security course in my last semester of my bachelor’s degree. Truth be told, as I’m about to graduate , my courses where light and I got lazy so I didn’t get involved with the class as much as it was needed, no excuses here. The thing is, I just expected the course to be an introduction to something I want to learn in the near future but it was so much more than that, for real.

Professor Ken has a “disruptive” idea for education called flipped classroom, I had read about it before but never implemented it, as some of my classmates I couldn’t completely adapt to it and ended up doing almost nothing, but even if I didn’t perform class activities still learned from those around me. In flipped classrooms you study at home and reinforce that knowledge by doing activities in class, it is disruptive because it’s not the traditional way and for the same reason it’s really difficult to implement in an environment like Tec, even though Tec has changed a lot its teaching methodologies; it is an awesome effort from Ken, I realized some professors are really looking into the future and preparing accordingly, I hope ITESM don’t let these kind of things slip away.

About the class in general, I think is too soon to implement flipped classroom as it is (it wasn’t the case), we are too accustomed to the traditional way of learning. Class discussions were excellent, I think it was my favorite thing but some people didn’t get involved never, I was to blame sometimes because I didn’t participate enough. I think the class was too theoretical but 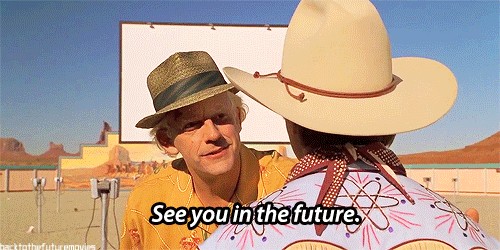 is OK because we start from zero knowledge, maybe a lab or something like “Computer Security 2” is needed.

About the blog posts… I do love to write, I even had some kind of “diary” in middle school and high school, but when I am imposed to write something about a specific topic it doesn’t work, besides, when writing I’m more perfectionist than usual so I could spend 3 to 4 hours writing a single blog post and still don’t really like it as it was, so it didn’t work for me. But it wasn’t a bad experience at all, now I’m thinking of  writing a blog filled with personal stuff, because one of the most important things I’ll keep from the course is that you learn a lot by sharing what you know (or think you know), if you just learn by yourself you can’t be sure you are correct because you have nothing to compare against. By sharing you grow as a human being.

So, for my professor and classmates, first of all, THANK YOU! Maybe this is farewell for the class but not for life, while we stand in this world we will have the opportunity to catch up sooner or later. I promise to keep learning forever and try to stay in touch with those of you I had the chance to share memories, if you ever need something or want to talk about anything, do not hesitate to contact me.