Today is Wednesday and I don’t have school, since I’m not taking Math two anymore. I had it three times a week, this was the ONLY class I had that many times, al the other were two classes per week. Which means now I have tons of free time, makes me want to get a part time job, but realistically speaking I’m not really sure I could ever see the day. gg

It’s Monday, Semanai is finally over, and now I find myself with a decision, I either keep posting and this blog or not. On one side it would be nice to continue and just putting my mind on words to help me get my ideas organized, on the other side, I know myself feel enough to have my doubts.

There’s not much more to say about this workshop. Thank you Ken for all the effort you put into this, for making me interested in something I used to think was useless. I take something for the rest of my life from each of the people we spoke to. Maha, Ken, Diego, Laura, Lee, Dave, Alan, Amy, Autumn, Bonnie, Sundi, Rebecca and Helen, I have nothing else to say that thank you so much for giving me tools that I’m sure I will use the rest of my life.

Unfortunately, I don’t see myself blogging in the near future. I’m convinced it has a lot of benefits to spread your thoughts, your ideas and your feelings to an audience you may not even know, but right now I just don’t think I have enough time. Besides, I prefer other types of media to express how I feel, like pics, GIFs and videos, and my Tumblr blog did, does, and will always suit me for that purpose. But who knows? Maybe a year from now I will be a superstar blogger.

I didn’t make any friends. But that’s cool. I found out more about myself, and God knows I’ve been trying to make progress in my self-knowledge and self-acceptance.

I will close this chapter of my life with my video. I’m sorry for the nasty watermark, I just spent so much time in it that I couldn’t spend more hours of my life trying to find another tool. I’m very satisfied with the result, so here it is:

’till the next time.

Here’s a gameplay of a League of Legends match made by me, using Ezreal.
Extremely long, you should probably jump to where the match actually begins.

(Starts at around minute 8.)

--Originally published at Debugging My Mind

No, not the ending of the blog, not at all, I’m still planning on trying some things out with this space and see how it goes, but it IS the end of the little course I took on digital identity.

Today featuring, video editing being really hard, which probably comes as no surprise to anyone, it’s serious stuff, props to the people that do it cuz god, I sure have almost to no experience with it.

We tried making a little video story on a very limited time and I sure couldn’t manage that, I didn’t feel ready to use a new program or with the resources to get some good shots, being in a new place and all.

Maybe I’ll try it again in the future, but for now sadly I got no video to post here. Let’s see what the future holds for this blog and for the others, thanks for the people that have taken their times to read these so far!

Special thanks to all the people that gave us those very interesting talks and to the teacher that organized everything! 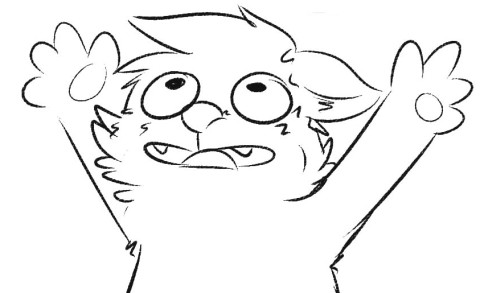 The progress we have made thanks to technology over the last years has been impressive, today Diego Zavala talked to us little bit about the history of video and how it has helped to change the world.

He assigned us an activity which was to create a video of about one minute, I teamed up with 2 other people in order to finish faster since we only had one hour.

On the last day we had to make a video, in part as evidence that we learned about editing videos, and in part as last days activity. The video had to last around one minute and could be made in teams, taking advantage of this, my good friend Nazareo and I made our video together, he was the cameraman and I was the main actor, and I also considered myself to be the director. On this last day I had the opportunity to talk a little bit more up close with @rjhogue and @hj_dewaard in the live conference. I even got to ask more than one question and really interact with the ladies in more of a conversation kind o way, instead of the usual just listen and ask the occasional question. I’ll leave the video here for you guys to see.

Here is the link to the video I made. Hope you like it.

This is the last post related to the course iTec – Digital Identity from iWeek, so I will will write about my thoughts of the course and some things that I think that the course lacked.

In general the course was awesome, I really liked it even though it wasn’t was I expected,by saying this I mean that I thought that the course was about how to protect your information in the internet or something like that.

I never imagined that having a digital identity would have lot of advantages, what impressed me the most is that it creates opportunities and that it is not something bad like most people say. For example, I have heard a lot that you become an antisocial if you are in the internet, but the reality is other because you are actually interacting with communities and learning from them about different things, they are not with you physically but you are still trading ideas from different perspectives.

About the course itself and how the teacher taught us was in general great. I liked that he invited some experts about the course so we could ask some questions and learn from them. From my perspective, I wanted to ask questions but I didn’t know what to ask, is not because I wasn’t paying attention, sometimes I was and a acknowledge it, but something that I do when learning new things is that I organize all the information and that is when come up with some doubts, and all the new things (specially from the third day of the course) were like floating in my mind without knowing where to put them. What I means is not that what I was taught was bad but that I needed a kind of introduction from the teacher not only about what we will do in the class that day but also about what we will be discussing that day. This is why I would suggest a small introduction between 10 to 15 min (or less) before starting the session of the day.

I still learned a lot regardless of what I said above, and with that suggestion, at least in my case, I could have learned much more and get my ideas much more organized.

While waiting to have a brief session with Diego Zavala, Ken put us a video of Veritasium about education and technology.

Veritasium says that whether education is provided by animation (videos) or pictures, learning has to be more about what happens inside the brain of the student. In other words, rather than the teaching method, learning depends on the student including its limits. So rather than investigating how technology can improve learning, experts now search for type of experiences that conduct learning.

Today, teacher´s roll is not to deliver information; what he or she does is to guide social process of learning, inspire, challenge and excite to learn; make students fell important. This is because there are plenty of information on the web (for example MOOCs), even Youtube is full of educational videos. So he concludes that technology is not revolution but an evolution.

With David Zavala, I learned the concept of digital strorytelling. He explains that in the past creating and editing own video was very complicated, but now it is possible to do it individually or DIWO easily.

He showed us about Story center, Story Corps, Las Cronicas Elefantiles or ones that are collaborated such as Collabdocs. Most of them are brief and maximum of 7 minutes. But I also recommend to watch them because you can find short movies happened in real life.

For the video safari, he recommended us to use Creative Commons, Pond5 and Flickr; but there are many others.

After finishing the video,  I mocked myself because it was too silly. It supposed to be a horror movie but couldn´t help to laugh at it. I should have listened Ken and use Camtasia or other movie editor, Movie Maker is too simple that can´t put a sound over another.

Eventhough I don´t have talent, I really did enjoy making one!

Later on we had as guests Rebecca Hogue and Helen Dewaard. This was the last day, so I forced myself to ask about one of the questions tha I had:

It was about bloggers who are popular and have strong influence over readers’ opinion; that they abuse of it to get what they want in restaurants or other kind of establishments by threatening them with a negative post against them. What solutions could we have to avoid it.

One solution that Ken gave was websites like Yelp, where many different kinds of opinions about an establisment is given. Also what the guests said is that owners can cultivate a positive space, invite critics to write about them and making sure that they had a good experience. Besides people will stop reading bloggers who are telling lies, they somehow will get to know the truth. So keep on posting positive contents rather than negative ones.

As tips to make and keep a good image or reputation, plus good things that you say about yourself, have comments of other people saying good things about you; but you also have to do it for that people or friends. When you are attacked, you better have allies to help you against.

Briefly in the Chronicle of Higher Education, Rebecca explains the weight of the responsability of having self-publications in the blog, and the consequences of over sharing personal privacy. When you write about other people, what you say has the potential to cause harm, so you need to think about it, she says. For example, my blog is about me and my story, it is not about their stories. Using their names could have an unintended consequence, she cotinues. Besides, we did not include pictures of people who did not give us their permission. When someone blogs about their ideas, however, they are expecting that they are given appropriate credit for their ideas, she concludes.

Semana i ends today, so this is the last session. I am happy for not waking up at 6 a.m. but I had fun having a blog and writing on it for a week. Specially because the posts were full of information regarding digital identity (educational topic), and it was my first time doing this kind of stuff. Also I received some comments back from comments that I wrote in strangers´ blogs, and it felt good!