Flipped learning was something new for us this semester. At first most of us were a little confused and scare about it but at the end we really enjoy learning by ourselves and with the help of our parthners and new friends. 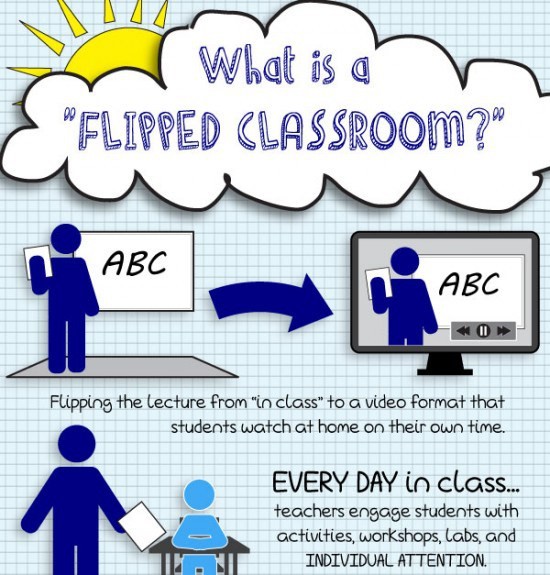 The benefits of trying this new type of learning is that you get to know to your classmates and your teacher, because its a commitment between your teacher and you as a student. Also you learn to value your own work and the calification you really deserve. 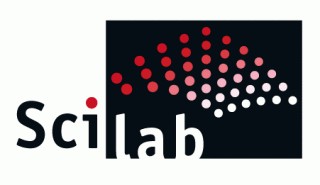 This quiz was about making a function that receive two lists of numbers and returns the dot product of the two lists.

It wasn´t necessary to add the Not-a-number value because since the begging it ask to the user how many numbers does he wants on his lists.

You can see the code here: Dot Product.

Also I attach some pictures of the program working. 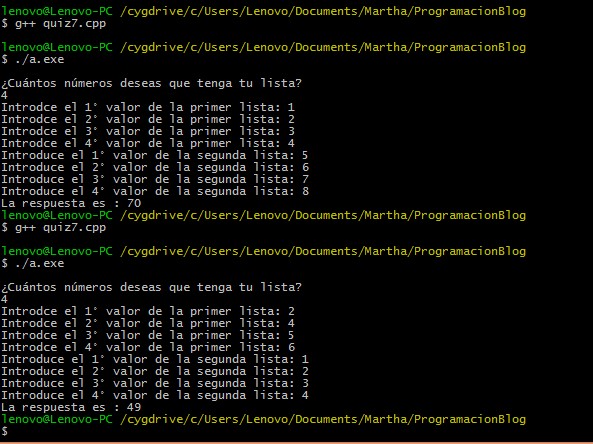 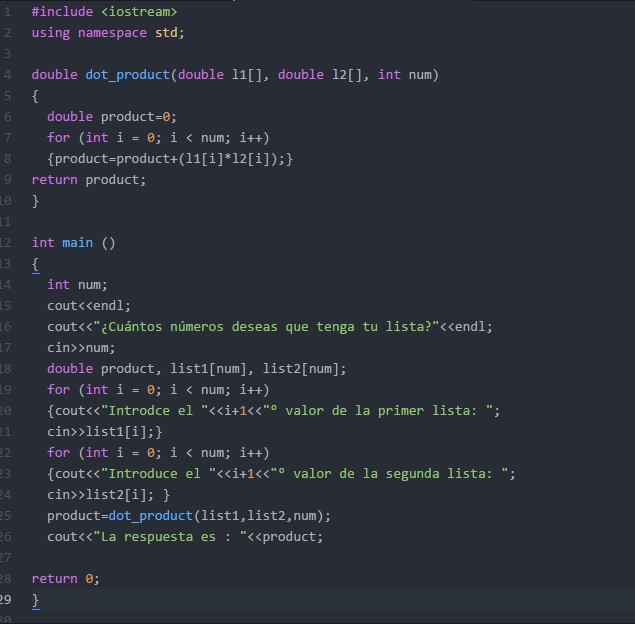 This quiz was about using the Euclidean algorithm to  obtain the greatest common divisor. I hope this gif can help you to understand about it.

Also this was a very useful page: khanacademy.

You can find my code for this quiz here: GDC (Euclidean). As you can see I was missing some symbols and declarations at firsts and that’s why it was not working. 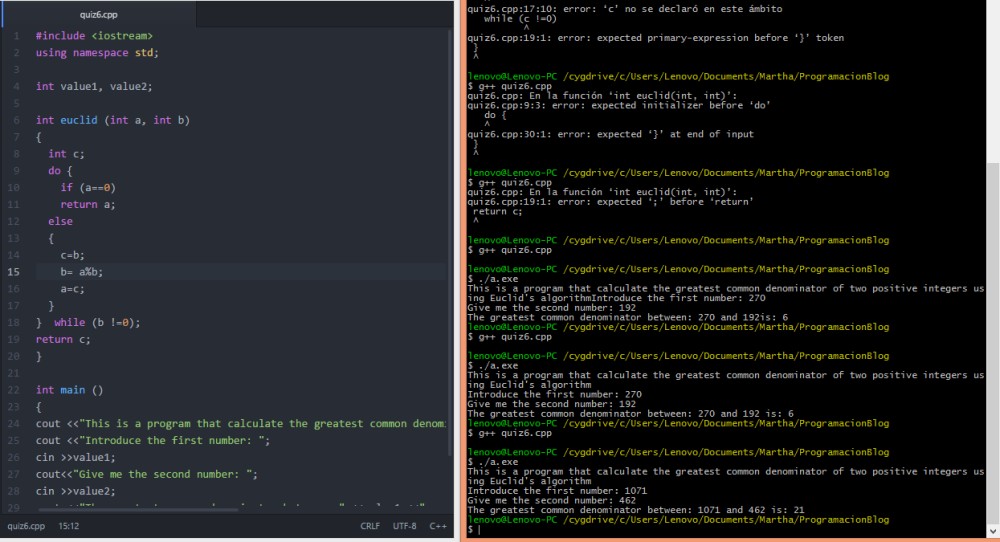 This quiz was about making an addition of numbers in a list, but only the numbers that were divisible by 3.

You can find the code here: Divisible of 3.

Also some pictures of the program working. 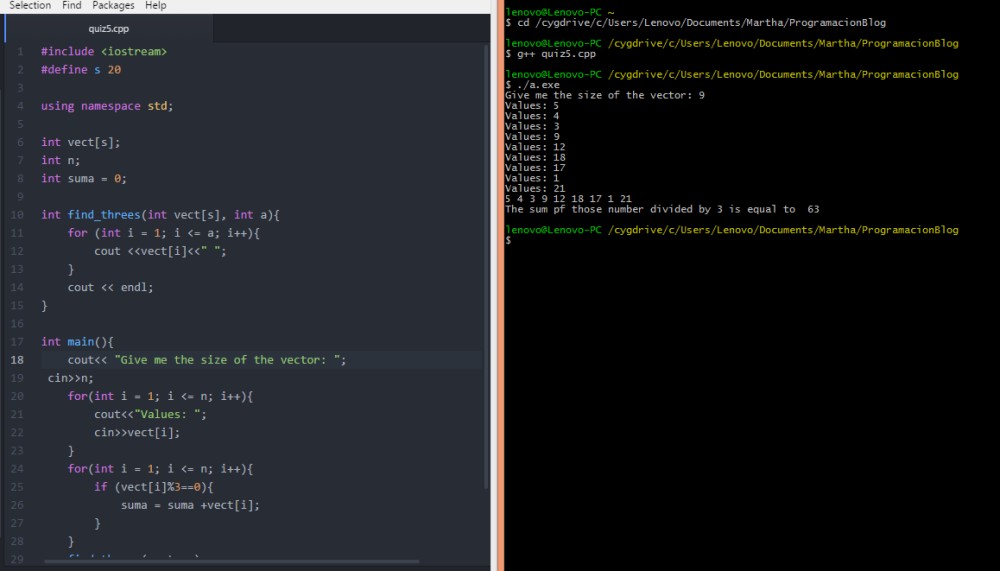 I noticed I hadn´t make posts of my quizes a long time ago even I had already answered them. So I share with you my quiz 3. In this quiz I was expected to solve two problems.

This task is about fixing our programs made for the second partial. The problems were:

Write a function called superpower that has two parameters of type long and returns a long which is first parameter raised to the power of the second, which is to say it returns a b So, superpower(3,4) would return 81.

Write a function called isPalindrome which receives a string “x” and returns true if the string x is a palindrome, otherwise false.

You can see my solutions here. For making it I asked for help to my friend Edith, you can see her blog here. 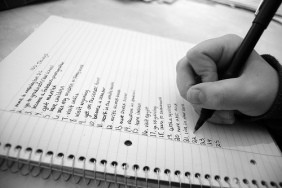 Got this picture from LegacyProject.

This Wsq was about asking the user for 10 numbers and give him the addition, the average and the deviation number of all of them.

Create a program that asks the user for 10 numbers  (floating point). Store those numbers in a list. Show to the user the total, average and standard deviation of those numbers. For the C++ group you can do this with arrays or Vectors, but you will need to know eventually how to do both.

For this task I decided to use arrays. But…. What is an array?

An array is a series of elements of the same type placed in contiguous memory locations that can be individually referenced by adding an index to a unique identifier (Cplusplus).

I got some help with posts of my classmates but also from this pages that might help you to understand: Mathsisfun and Cplusplus.

Here are some pictures of my code and also attach the code on Github. Lists of numbers

As you can see at the begging it was not making the addition correctly, this happened because I was mising a “+” lol ….

Well as final proyect I decided to work with Edith. We made a snake and the code for a robot.

Each of us worked more on one of the proyects but we also helped us with the other one.
I was working with the code for a Robot because for my class of “Computer Drawing” I was expected to do a robot with 2 degrees of freedom.

For making it I decided to use Arduino. I hadn´t use an Arduino before but I found some useful information on this pages.

You can find the code here: Final Proyect.

It is for 3 servos but feel free of using it o modifying it.

This task  was about making a program that asks the user for a non-negative integer and display for them the value of n! (n factorial). After that, it would ask to the user if they would like to try it with another number, in case they answered no the program will wish them a good day and then quit.

A recursive solution is a function that calls itself for getting the answer. For explaning this I found this picture with an example to the problem we are solving 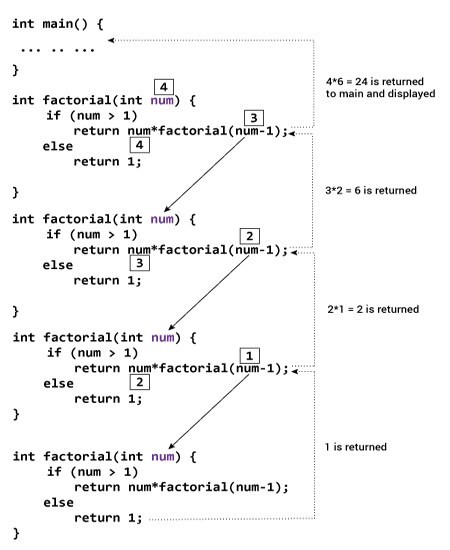 So instead of repeating the functions we can call it ilself. (If you want to know more about recursions you should check this link: http://www.programiz.com/cpp-programming/recursion) It was really useful for me to make this task.

That one was my solution, as you can see I had problems at firsts but after making an investigation I found what I was missing and then it work.

You can see my code on GitHub here: Factorial.

Hope this was helpful.