The last version of my project is finished, my parther and I made some video games in Java. Dafne did a puzzle, I did a pong.

The pong was made following diferent totorials and I borrow some of the most dificult code, in this case the dificulty, and the puyisics of the ball.

The resourses I use to made this pong was very elaborate, but the principal was the youtube channel Jaryt Bustard. Watching this video was the perfect way to started program my project, and in the end mine looked very similar.

You could say that my ping was a variation between my knowlage and all this different pages. It was difficult to understand how the pyhisics of the ball was going to be but with all the information I found I knew that I had to use the angles of the ball and throw it back in its reverse angle.

The best part of this project was the libertie, I could do what I wanted and I did this game because my father used to play it when he was a child and now he could remember those time with this game.

Here I am going to left the blog of my parther that did the puzzle.

Another semester has gone by and is time to do our last projects, exams and more, but first I’m going to do a review about the Object orientated programming course. 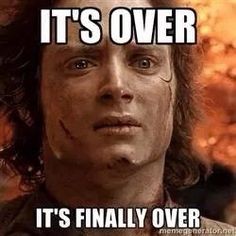 This class was very interactive and different from other, you have a lot of freedom but at the same time you have to use that freedom wisely, you can’t go around doing nothing in this course.

You need to do all the work, investigate for yourself and learn for yourself, because that’s the way of learning nowdays, you have the internet with all the information you need. So the Ken is there to help you and guide you in tings you are not understanding, the wsq’s and the masteries are there to practice your abilities the project is there to show your abilities, and your blog, github, Lynda.com and twitter is there to teach you to be connected and find information. All in the course is extremely put together to work.

And then you have extras, for example sometimes we receive from Ken some information about history of programming, this things had nothing to do with the course but where very interesting, we used different programs like python or java like if they have been there forever, but no, those things also had its history, and that was the grate about kens class this semester, you could have everything as long as you were responsible, but you also received more, like extras.

So in conclusion, this class is very good, but only if you adapt to it.

In this video of the Triangulation Podcast the men invited is James Gosling one of the inventors of Java. His passion in the computers came in a very yong age, when his father show him an old computer and James got fascinating with the device. He started to get information about that, and then in school he discover programing he started to work in satelital programing and he used to skip school a lot of times, but their teachers where happy that in such a yong age we could be gaining money in something very new in those days. 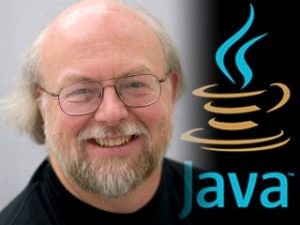 He worked in IBM, their first projects was software, the idea of JAVA came from a small group that saw how everything was changing hardware to software, they saw that they run with problems that people that were not preper to program did. 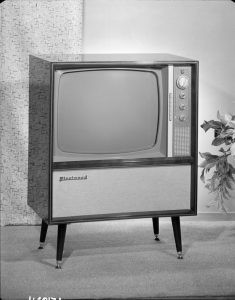 This podcast was more difficult to understand than the past one. It was mor tectician, but the core, the story of Java was very interesting, the highs, the lows, the conflicts with google, oracle and everythins,

You can see how everything happend and what is know teaching kids to learn java, in this case Minecraft. 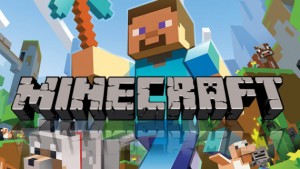 I used to herd podcast about video games in the past, but right know I’m to busy for that kind of luxuries. I’m going to be sincere, I was hoping to get bored with this video, Ward Cunningham, the creator of te Wiki! the goddamn Wiki!

It is very incredible how a man so simple could have contributed in such a big way in computer programming, in the internet and in sharing information in general. Yes the Wiki was the main topic, but in the podcast they also talk about how were the school days of Ward, how he started to get interested in this big and noise devices that where the first computers.

Then the conversation turn to small talk the Object oriented program, that is exactly that purely object oriented.

Then the more important part was the creation and life of the wiki, how it was created, why it was created, its influence to the distribution of online information, menciona Wikipedia and how is the biggest representation of this type of data, etc.

PD: Something wird was that the advertisements where actully fun to watch, I don’t know way.

Inheritance is when a ‘class’ derives from an existing ‘class’. So if you have a Person class, then you have a Student class that extends Person,in other words everything that the class person has is in the student person as well.

Another activity from the last semester, but well, it is funny because I did not do that activity back then, so to understand it better I did it first in python and then I moved to Java, using the same process with the last WSQ09.

This was a very confusing, because this was an activity that I did last semester but in Python, so this semester I have to do the same thing but with a object oriented perspective.

I was very impressed of the fact that this blog post has aged very well. It was published in 2005 by Joel Spolsky, and a lot of things he said are still relevant in 2016. The points that interested me the most was about try to learn C, not C++, Java or python. C is the mother language so if you understand C is very probable it will be easier to learn about their sons. Like some people say, if you learn latin in will be a lot easier to learn its derivatives.

The second one was the one that said to learn microeconomics. It is very common that you have your work and that everything you do will be about that specific job, that everything else will be fix or ready for you, but no, you need to be prepared to face different situations, one of them seems to be the economic one, maybe you are an awesome programmer but if you do not know how the world works it will be very difficult to get used to it.

The last thing is about de good summer internship, that is easy to say than done, in my country this types of things tend to cost a lot, and in the summer is the time when I save money to bought the books and things I need for the next semester of study. So when the opportunity comes I sure will try it out.

This babylonian method was a little difficult, simply because compared to python, Java has a very weird syntax. I had to use a method of this person that I foun on the internet. (http://www.dreamincode.net/forums/topic/43600-babylonian-algorithm/)

Here is a link to understand Babylonian Method  (https://www.deltacollege.edu/dept/basicmath/Babylonian.htm)

Something new that I use in the s program was the scaner (http://puntocomnoesunlenguaje.blogspot.mx/2012/08/java-scanner.html)

A variable or method declared without any access control modifier is available to any other class in the same package. The fields in an interface are implicitly public static final and the methods in an interface are by default public.”
Info( http://www.tutorialspoint.com/java/java_access_modifiers.htm)

Access level modifiers determine whether other classes can use a particular field or invoke a particular method. There are two levels of access control:

A class may be declared with the modifier public, in which case that class is visible to all classes everywhere. If a class has no modifier (the default, also known as package-private), it is visible only within its own package (packages are named groups of related classes — you will learn about them in a later lesson.)

The following table shows the access to members permitted by each modifier.

Access levels affect you in two ways. First, when you use classes that come from another source, such as the classes in the Java platform, access levels determine which members of those classes your own classes can use. Second, when you write a class, you need to decide what access level every member variable and every method in your class should have.

Let’s look at a collection of classes and see how access levels affect visibility. The following figure shows the four classes in this example and how they are related.

Classes and Packages of the Example Used to Illustrate Access Levels

The following table shows where the members of the Alpha class are visible for each of the access modifiers that can be applied to them.

BLOG POST NOT FINISH, THIS IS ONLY THE INFORMATION