On this mastery I will show you what a FOR loop in C++ is and how to use it.

A FOR loop is a type of loop which allows you to give specific conditions to it, and then repeat when this conditions are true.
A for loop consists of four parts: an initializer (declaration of what happens first to the variable; it only happens once), a condition (evaluates and proceeds with the code if its true, if not it will stop), an incremet (this updates the variable after the code is completed and increments the variable), and the statement (what will happen when the conditions are true). In a flow chart, for loops look something like this:

Now, let’s create a program which displays the factorial of a given number. Factorial is the result of the multiplication of all numbers starting from 1 to the number you want to know its factorial. For example, 5 factorial is 1 x 2 x 3 x 4 x 5 which = 120.

Let’s make that program using a for loop, so do as follows:

Now lets test the program with factorial 5, which should be equal to 120.

That’s it, you now know how to use a for loop, congrats! 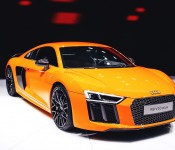 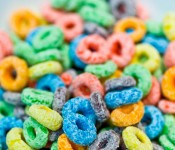 Hello everybody, this post is to explain the basic use of while loops and for loops. While is a loop that will be performed if the conditions inside its definition is true. Yes, you are right… again boolean value. If the condition inside the while returns the value true then the code under the while […]

What should you work on?

Week #12 and more partial exams for you.

For this week's readings:
C++ (TC1017) should either be looking at support for your project, ImageMagick C++ libraries are a good start.
Python (TC1014) should be finishing chapter 11 (Dictionaries).

Popular Tags. Add some to your posts!