These were the instructions that I was given for this assignment:

Ask the user for two integer values, then use those two values to calculate and show the following:

After I investigated about it, I came up with this code:

I’m going to explain line by line this code:

This line does exactly what the one before that but it changes what it is printed on-screen and that the variable that is being assigned a value is var2, instead of var1.

Here we see the print() function, this function allows us to literally print on-screen whatever is between the parentheses and quotation marks (“”). For example if the code is print(“Hello world”), 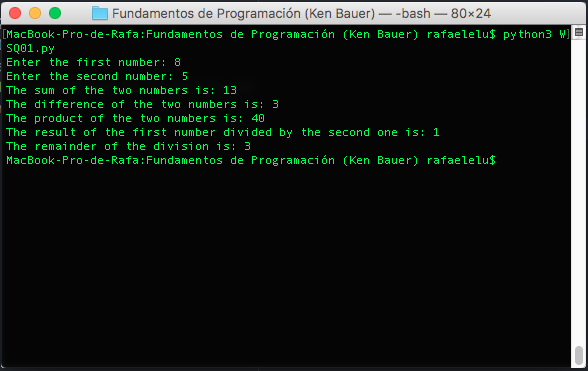