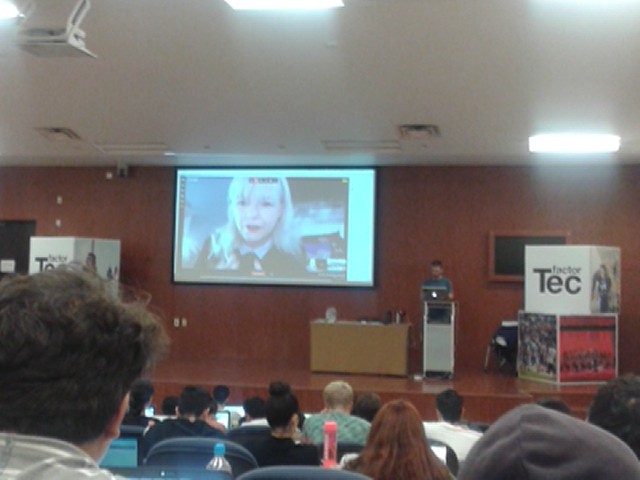 Update: A little late on my post, I wrote it yesterday but didn’t publish it ’cause I wanted to polish it later, and I completely forgot. Sorry mom.

So today was day two. Yes, today I’m writing in english ’cause I want to and I can. First activity of the day was a photo safari. I’m not really that creative but I tried my best (sorry for the spanish on the cutouts, I wasn’t able to get my hands on an english magazine):

I was gonna explain every pic, but I gave it a thought and I prefer that you give each of them a meaning (you’re more than  invited to say what you think in the comments section).

Then, we had two guest speakers, Laura and Lee. I did like both of them, and that part when they talked about how all of us wear different hats everyday really caught on to me. I even change who I am online based on the social network I’m visiting. For instance, when I’m on Facebook I’m the guy who sends everyone the reminder that our project is due tomorrow, when I’m on Twitter I try to follow the news and post sarcastic comments about stuff that I find and my Tumblr is a window to my emotional state throughout the day.

Then we had some time to work on our blogs which I totally wasted by being on Facebook. Ups. I made a meme for Ken and he didn’t even see it

. After that we connected with Alan and Amy. It was nice to have a pair of people who are good friends, ’cause they are more comfortable with each other. I made a question (yei!). So consistency is a good tip for blogging. Should have that in mind.

Words are not coming to my head anymore. Sorry guys, see ya tomorrow. Drive safe.

When talking about digital presence, you do not have to live by expectations and roles like in real life. You also can have digital presence no matter where you are physically. And not everything you post online has to be deeply meaningful because at the end, it is about who you are, expressing yourself and what you feel comfortable with sharing via text, pictures, videos or any way you want. Nonetheless, it is truly important to respect other’s people boundaries and privacy.

Digital presence gives you the opportunity to find people with the same interests and find a community that supports you. However, popularity is not that important for your digital presence, so do not get discourage if not many people read what you have to say. And it is not that you have different personalities in each social media, but it is that you use them for different things just as it happens in real life where you act differently in each situation.

Always blog for yourself and say what you need to say without hurting someone else or yourself.

As part of the activity of today, we had to go around the campus and take pictures that represented the 5 things we liked about ourselves (the ones we wrote yesterday in a card).

For this activity, I first took the pictures and then followed to “edit” them on Snapchat. I put my Bitmoji (a personal cartoon) in 4 of the 5 pictures.

I decided to use my Bitmoji because I think it identifies me and when I created it, I tried it to make it as similar to me as I could, with my short red hair and a green jacket I love (which I’m actually wearing right now).

Here are my pictures:

This is an ‘Open sign’ representing my open mind, which it is something I like about myself due to the fact that lets me learn and understand new things.

This is a poster of my major, which I decided it is something I like about myself because well, it is something that will build my personality and identity in the following 3 years that I have left of college.

This image shows three of my friends. My friends are something I like because they are really cool and make me a better person. I was lucky with this picture because at first only Dany (who is also in the workshop, here’s her blog: heyitsdany) was supposed to appear, but then I found two other friends and asked them to also appear.

This one shows my eyelashes. My eyelashes are my favorite physical attribute, so it was obvious that I would pick them as something I like about myself.

This is a picture showing one of my shoes. These are Dr. Martens and I also have another pair (they are purple). I am in love with these brand of boots and I been obssesed with them since I was in middle school. Maybe it is kind of weird that I chose something material that I liked about myself, but these boots are something that give me personality and represent my style.

*I found this activity a little bit hard because I do not describe myself as someone creative, so I actually did not know what to do to represent the things I like about myself, but at the end, everything went alright and well, I was able to write this post.

Ps. I’m sorry if they’re not good pictures, I suck for this. But anyways, here is the proof I am in fact wearing that green jacket. 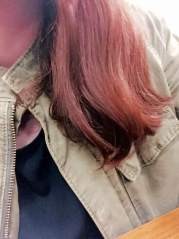 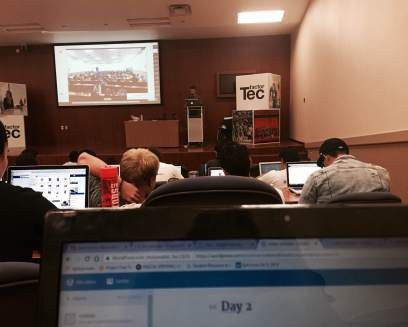 First, Ken gave us an introduction about what we would be doing today.

Secondly, we went on a Photo Safari and took pictures that represented the 5 things we liked about ourselves.

After the break, Ken taught us how to search images related to our posts and how to give the author credit (this is really important thing, never forget). Also, we had time to write in our blogs and read some blogs about the guest speakers of today. We saw some memes too.

Afterwards, it was time for our guest speakers Laura Gogia & Lee Skallerup.

Here’s the video of the talk: https://youtu.be/tMmtxPDuOPc

They talked us about how digital identity is not the right name, that it should be digital presence. They encouraged us to express ourselves not matter what other people thought. However, they told us to be careful and not to damage someone else’s privacy.

Later on, we had more time for our blogs and had a little break.

And because it was a double talk day, we had other two guest speakers: Alan Levine & Amy Burvall.

Here’s the video of the talk: https://youtu.be/wTY9heCdTJo

They talked us about how you can do anything you want in your blog because it is yours and that it is okay to be wrong.