I think this is my last post guys, because guess what? tomorrow is the final exam of the TC101 class for me… I hope 😂 anyway I wanted to say goodbye and I hope my codes and posts were helpful.

Scilab is free and open source software for numerical computation providing a powerful computing environment for engineering and scientific applications.

To know a little bit of how to use it, I saw this video 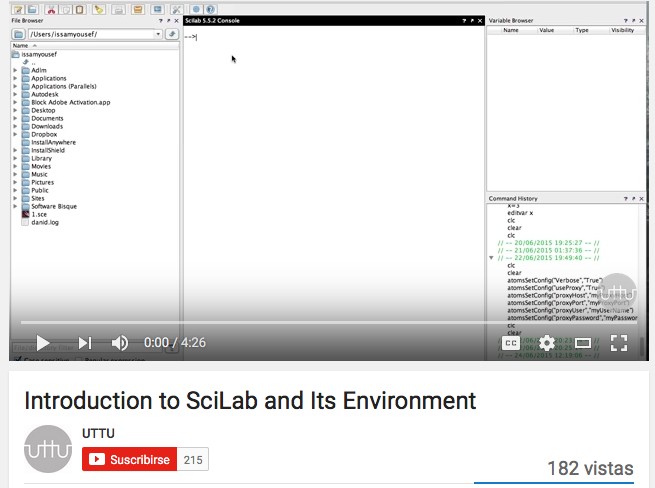 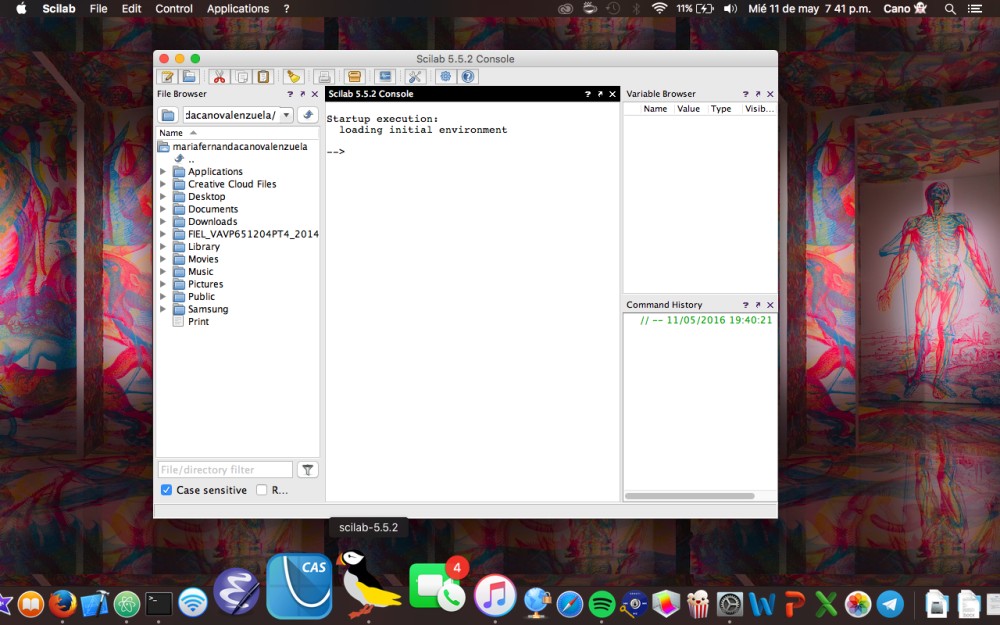 I installed it from this link.

In this WSQ we had to create a function called dot_product that receives two lists of numbers. The function returns what is the dot product of the two lists.

This are some screenshots of my program in the terminal and atom.

and my link to github as always 👉https://github.com/mfcanov/Quiz07.git 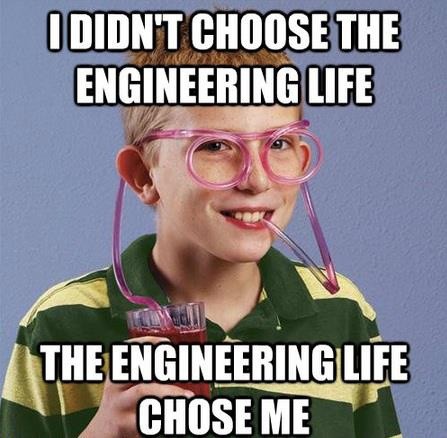 And the first code is here and is named triangles.

The second one is superpower

Third one is called son of the devil or best known as Fibonacci.

The last one is about palindromes and you’ll find it here.

Well guys, the semester is ending (thank God) and we needed to do a Review of the class. I made a video for this, and here is the link.

The objective of my project is to furnish and facilitate the user the problem of not knowing the lenght and/or angle of an object in an image and give it to them in known dimensions.

Talking about the angles:

After doing several experiments we realized that the best distance from where we should take the picture was from two meters away from the object, and using a camera with a 2448 x 3264 pixeles resolution.

Here are some pictures of the code and ran in the terminal: 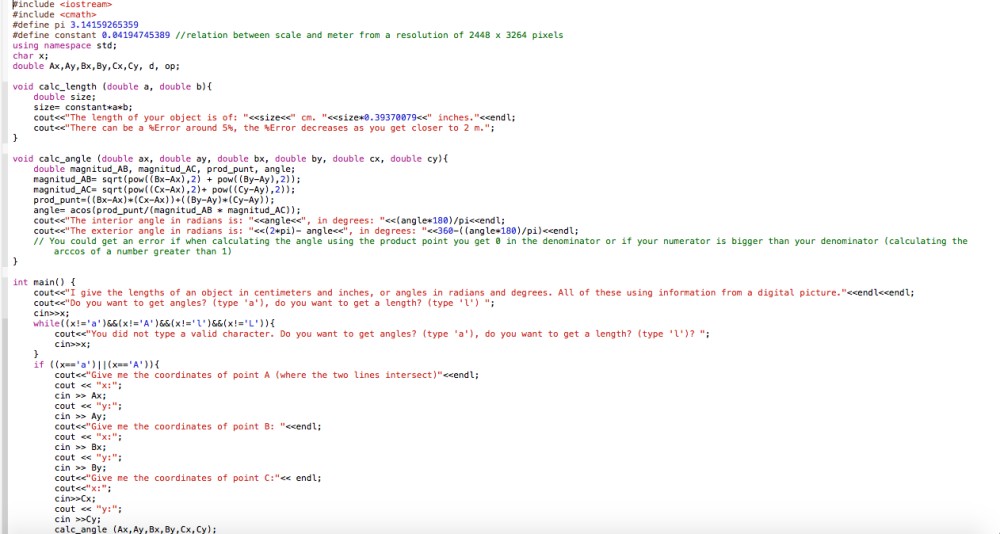 and the link to the code in GitHub.

we had to write a function to calculate the greatest common denominator of two positive integers using Euclid’s algorithm.

Here is the code in GitHub. 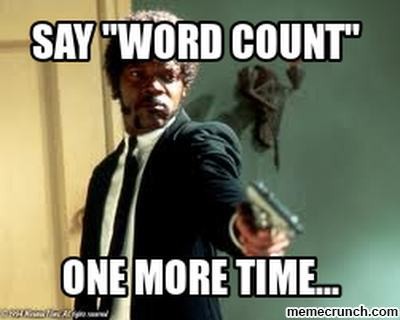 This WSQ was about create a program that asks the user for a word which will be your search word and the name of a file to open and search for that word. Then create a function that will receive two parameters (both string) representing those two data points. This function returns the number of occurrences of that word in that file.

I have help from my students I really  liked the post of a classmate you can find it here.

And my code in GitHub.

After wanting to kill myself several times I finally finished the WSQ11 that was about:

Your jobs is to create a program that asks the user for two pieces of data:

Then you check the values from the lower bound (inclusive) to the upper bound (inclusive) and make a report of them. During the analysis of each number, if a Lychrel number is found it should be reported immediately with something like “Found a Lychrel number: 196”
A friend that took TC101 last semester told me that she suffered to but she recommended a Ken’s video for Big Integer.
Here is my code in GitHub. 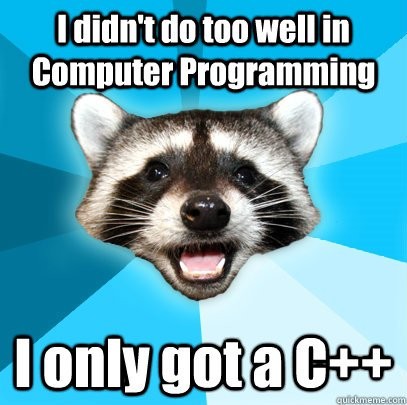 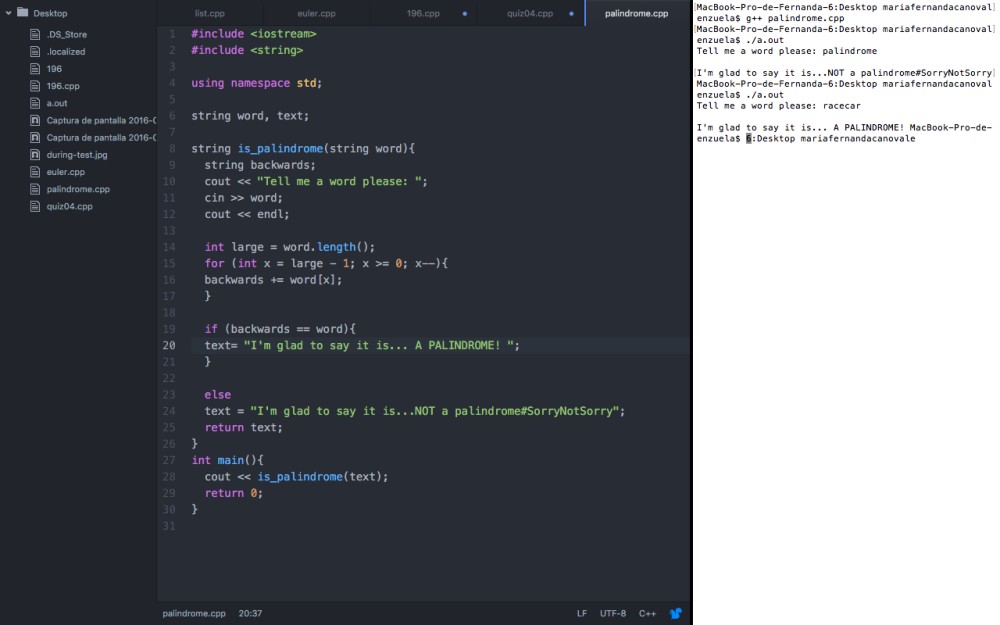 2. Create a function called find_threes that receives as a parameter a list (or Vector or array for C++ students) of numbers and returns the sum of all numbers in that list that are evenly divisible by 3. Note if using vectors, you will need an additional parameter to represent the number of numbers in the array. So if the list was [0,4,2,6,9,8,3,12], the function would return 30 (0+6+9+3+12) 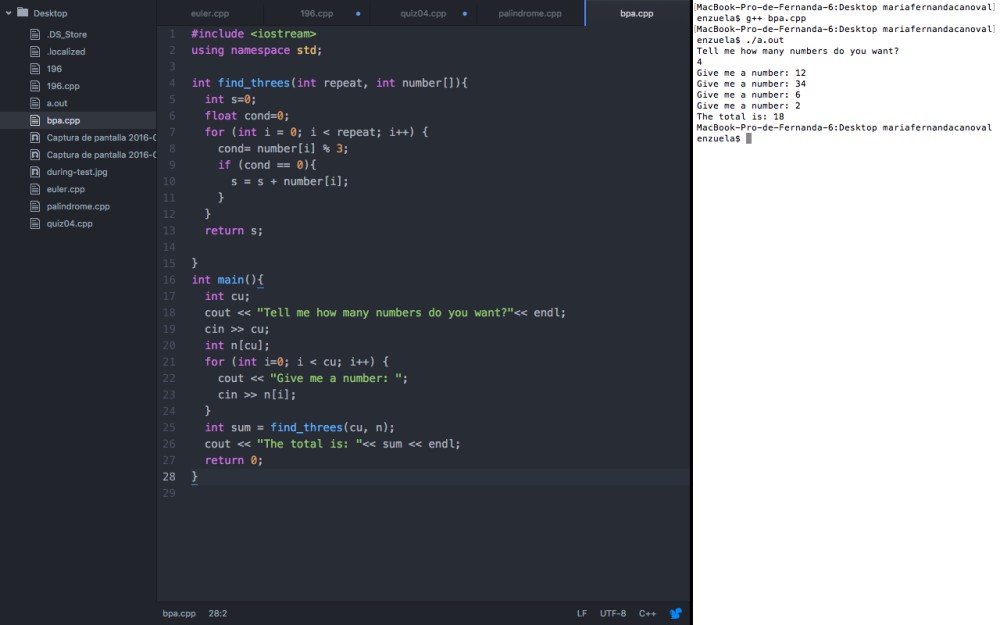 To do this quiz I had to read my classmates quizzes and asked for help to a friend that already have done this last semester.

Anyway those are the screenshots for each one.

And here are both codes.