At the start of this chapter, Tompkins and his team go through some interviews to find people suitable to be in the new teams, since the old teams had to merge. There was a bit of a problem finding skilled people since all the skilled people had already been chosen in the previous interviews. In the end, every project got an A, B and C team. The A team was way overstaffed, sometimes going as far as having almost 10 times the people that the B and C teams. They were expecting the B and C teams to do way better than the A teams. Of course, the B and C teams had to work secretly since they weren’t supposed to exist.

After having that done, Tompkins received a letter from Lahksa saying that Mr. T. Johns was going to visit them. Mr. T. Johns was the consultant of a company that measures all kinds of things, but software in particular. Software can be measured by lines of code, function points, among others. In this case, they use function points. However,I also found that in more recent times this can be done through artificial intelligence. This AI seems very useful and easy to use. It can measure software size from natural language and can help you save time. Software sizing is really important since it is the main input when doing cost estimation. However, software sizing is hard, software is not a physical object that you can measure with a ruler. Many factors are needed in order to estimate its size.

In this case, they are using function points, which is a concept that I’m not too familiar with. I had to look around in order to find what they are. Function points are a unit of measurement that 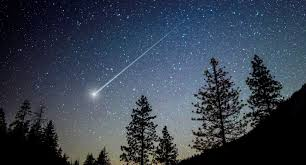 END_OF_DOCUMENT_TOKEN_TO_BE_REPLACED

At the beginning of the year I took the novel borrow from the library thinking the time I have left to read it would resume to at least one month, but now I can't even get out of my house to return it. They gave me the whole semester for it, if I only knew... END_OF_DOCUMENT_TOKEN_TO_BE_REPLACED

They’d had the assis- tance of the six product managers and the twelve newly redundant B- and C-Team managers. They’d divided them- selves up into groups of three and blitzed through ex-General Markov’s staff, looking for the best people. Now all the good developers had been combined into the six A-Teams, great idea. The official org chart showed him sitting directly on top of the six A-Team managers. This was something of a fiction, generated to keep Minister Belok off their backs.

Mr. T and the A-Teams were housed in the prestigious and very visible Aidrivoli-1 building. The six product man- agers and the B- and C-Teams were all hidden away in space that the ex-General had found for them in Aidrivoli-7.

Mr. T received a fax from a Cam bridge company instructing him to meet T. Johns Caporous at the Varsjop airport the next morning. When T. Johns arrives, He spoke about twice as fast as anyone Mr. T had ever met before. His words came like bullets out of a machine gun. Mr. T come to guide with some of the data they had, asked how much equipment they had and was surprised to hear the amounts of computers, people, etc. that they had at their disposal. He helped them create the numbers they needed.

Data is valuable, and this system of metrics could give them a lot of it. Belinda saw its potential and was eager to retrieve information from previous projects. In order to get it, though, a lot of research was needed. They need to find as much information as possible about past projects and their new projects in order to model their information. if not, the information that T. Johns is giving END_OF_DOCUMENT_TOKEN_TO_BE_REPLACED