If engineers, scientists or even common computer users were in a camp around a fire, every one of them would have a horror story about how they were attacked by a malicious software and the struggle they had battling it, some might have win the battle, others perish with their system (I did). So, lets imagine we are around that fire, I’ll share my own personal battle. 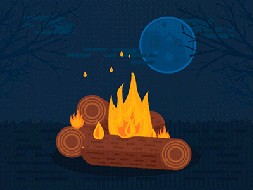 Everything started when I was around 10 years old, by that time I had some experience surfing the internet and had some knowledge about dark things around the cyber world, viruses and stuff. But I was a little kid with almost no experience in security besides built-in antiviruses and firewalls. Around that time I was really interested and music nut there weren’t a lot of access to it like nowadays, then I discovered Ares, a magic platform were people around the world shared their music files for other to download them (now I know it was p2p). Everything seemed nice until my machine started to have some weird behavior, toolbar were installed in my web browser, I was receiving emails from unknown sources or advertisements showing up out of nowhere, my computer was infected by all kind of malware: adware, viruses, Trojans, etc. 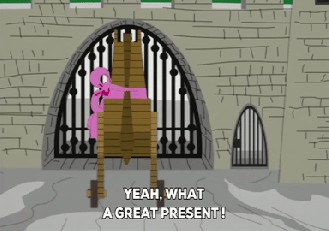 Well, the people in the net is not as kind as my 10 years old mind thought, I got to know that people do bad stuff, sometimes just for fun. How did I solve the problem? I performed a system recovery. Thankfully, at that time I didn’t have important data stored in my computer, it could had been a lot worse; from then I started being a lot more cautious with the things I download from the web, or even the suspicious link I click on, unless I’m desperate enough I won’t 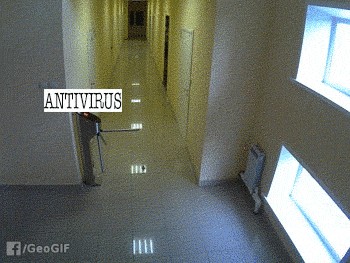 it (yeah, I have been at  that point of desperation).

Being more technical, malware can range from being simple annoyances like pop-up advertising to causing serious damage like stealing passwords and data or infecting other machines on the network. So, what can you do? As I started doing, stay way from suspicious website links, do not open spam email messages (in fact configure your mail service to be in charge of this). Don’t ever turn off your firewall unless you are completely sure of what you are doing. Install an antivirus, there are some of them that actually work, here a list of them: http://www.toptenreviews.com/software/security/best-antivirus-software/ Secure link, but if you don’t trust me (nice, don’t trust anyone), you can just go look in google. It’s hard and tiresome to be pendant of your computer security the whole time, best approach is to install the antivirus and hope it handles at least the most important threats, if you don’t have money there are some nice free versions, investigate and find your best option.